This may be the Star Wars film we all deserved, but I find myself wanting to start my own Rebel Alliance after an initial screening of The Last Jedi.

I’ll start off by saying this film has some of the best overall moments, slow-motion scenes, and breath-sucking silent draw-ins of the entire franchise. …but I couldn’t help but immediately feel myself plopped in the editing room witnessing the decisions being made to place specific “epic” shots, precisely every 15 minutes, as if calculating the perfect story arc and cinematography trophy shots. Please note, I can’t adequately describe how emotional some of the individual shots are, accented by the repeated sudden vacuum of John Williams’s score during specific moments of emphasis.

I must clarify that I consider myself a Star Wars fanatic. Appropriately, my wife had never watched one from front to back before our screening. I had approximately 20 minutes during the drive to Walt Disney Studios in Burbank to give her a brief rundown of the original trilogy and The Force Awakens. 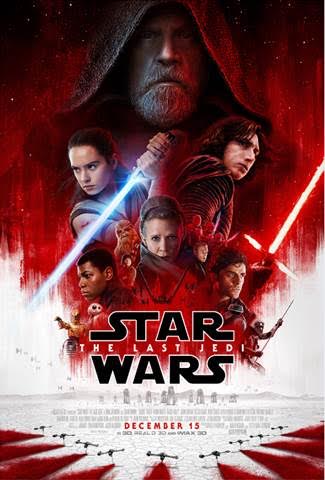 Throughout the film, I kept rooting for it to wow my wife, to affirm that my decades-long dedication to this sci-fi franchise was warranted, and for the ability to walk out, look at her with raised eyebrows and a smirk – a nod that she had been missing out all along. I just wasn’t able to do it, and it killed me knowing that she wasn’t transformed into a dedicated follower to the Force.

UPDATE: After further discussion, my wife has clarified that her interest has piqued at the opportunity to intently and thoroughly watch the original trilogy in its entirety. I will count that as a win.

I know that I set a ridiculously high bar, and while I thoroughly enjoyed The Last Jedi, I couldn’t help but feel like it fell just short of my own expectations, despite the fact that it will likely go down as one of the best films in the franchise.

My gripes lie mostly in the overly drawn-out and frustrating scenes between Luke and Rey, and some oddly placed one-liners and tangents that felt a little too intentionally narrative.

One thing I couldn’t ignore – and a departure from nearly all other films in the franchise – is that this is the first movie completely littered with overt despair. In the original trilogy, when something devastating would take place, the audience would feel the pain of defeat or loss and the film would let it sink in for just enough time before a hero would show true confidence and hope, lifting the viewers back up. In The Last Jedi, I couldn’t help but feel punished for having hope, through incessant dialogue about what was happening and why it was so horrible and hopeless. It wasn’t until the last third of the movie (arguably the strongest 40 minutes of any Star Wars film, might I add) that the film’s writing got out of its own way.

Those frustrations aside, the film is gorgeous, epic, and one that I will likely watch again and again. Not quite on par with the grunge of Rogue One (my personal favorite film of the franchise), or with  the off-putting quirk of Return of the Jedi, this film lands somewhere in between, appropriate for the second film of the new trilogy.

How Did I Get So Lucky? (A Tribute to My Wife)

‘Tis the Season to… Save the World