In the weeks leading up to the launch of the iPhone 7, there was a strange mix of rumors. Most involved the relatively minor hardware changes in the new devices released this September, but there were also several releases involving the so-called “iPhone 8” device(s) to be released in 2017.

Most outlets have reported or are predicting that the 2017 device will be the major upgrade that most fans were hoping for in the iPhone 7, but that Apple was having trouble keeping up with the two year revolutionary upgrades that they had set up for the last decade.

Most rumors point several new specs, including an all-glass device, OLED screen, no home button, and an edge-to-edge display. That all sounds amazing, and I’m looking forward to see what gets announced 11 months from now.

Prediction 1: The Device(s) Will Officially Break the 2 Year Design Cycle

Some may say that this prediction has already taken place with the relatively minor design changes of the iPhone 7. But I firmly believe that Apple understands that they locked themselves into a schedule that they couldn’t possibly maintain.

I have a hunch that this revelation came about around the beginning of 2012 before the launch of the 3rd generation iPad (specifically not named the iPad 3 and released just months after the iPad 2). Apple shifted their naming of the tablets back to the style of the original iPods (identified by their generation rather than the model number specifically). This allowed them to space out their device releases and variety of devices that made more sense in both a marketing strategy and business mindset. They were able to release new devices (iPad Air, iPad Pro) without throwing off the nomenclature or garnering kickback for the numeric naming system –remember the articles written by journalists confused why the 6th iPhone device was called the iPhone 5?

There is one way that Apple will be able to shift to a longer redesign schedule without enraging fans and customers, and that is to shift off of the current naming system (like they did with the iPad in 2012), which leads me to my next prediction…

Prediction 2: The Device(s) Will Not Be Called the iPhone 8 (or iPhone at all) 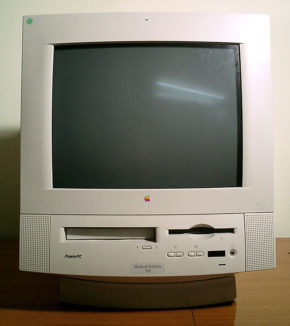 Apple had just taken its largest financial hit in the company’s history, their CEO was fired and replaced by Gil Amelio. Their most revolutionary product was the Performa all-in-one. Not exactly the hip and culturally influential leader they are today.

You know the story: Apple buys NeXt, Steve Jobs comes back in, ousts Amelio, releases the, wait for it… iMac. The “i” stood for internet, and wonderful and new experience that people jumped at the chance to get in on. With the success of the iMac and iBook, Apple released the iPod in 2001 and the iPhone in 2007. The “i” became synonymous with Apple. But it’s not what Apple represents anymore. It’s outgrown the “i”.

I think there’s a reason why Apple named the Apple Watch the way it did (not iWatch as predicted) — and didn’t call the newest version the Apple Watch 2, but just “series 2”. The company that prides itself on minimalism and simplicity is in the middle of several generations when it comes to its products’ names.

But there’s only one product that still uses a numbering system: the iPhone. With the 10-year anniversary of the device next year, I can’t imagine that they’ll call the device the iPhone 7s or iPhone 8. If the revolutionary specs are any sign, Apple is looking to release a landmark device for 2017. It needs a name that is in line with where the company is headed, not where it’s been. Together with the signs that major design changes on the phones are to shift to beyond two years, my prediction is that the 2017 mobile device will be called…

I think they will drop the number entirely. This breaks the need for the “s” cycle and redesigns every two years, and lets the mobile devices join the rest of the product lineup refresh cycles.

I also think that Apple will drop the “iPhone” name. It doesn’t represent the revolution that the initial iPhone presented to the world, and “Apple Phone” fits right in line with the Cupertino company’s newest product lines.

One big sign of whether I’m on the right track will be to see what Apple announces for their big iMac and Macbook updates this month. The iMac name may continue for another generation (or beyond), but if Apple drops the “i” in the iMac product line, I would heartily double-down on this prediction for next September.

I’ve worked over a decade in marketing and design and anyone who is in a similar position would agree that Apple has created a strange dichotomy between their design culture and product offerings. When Steve Jobs came in and cut all products except the four lines (desktop consumer, desktop pro, laptop consumer, laptop pro) with appropriate naming conventions, it started the revolutionary wave that Apple is still riding. I think it’s a good move to get back to a consistent and simple approach to the naming of their consistent and simply designed products.

With all of that said, what do you think the new devices will be called?

There’s No Better Team Spirit Than Combining Football and Pizza

How To Start Your Own Blog (and Make Money!)