The ambitious folks over at iFixit already have their hands on the brand new iPad Pro and went through step-by-step with a handy guide for dismantling Apple’s new flagship tablet. With an overall repairability score of 3 out of 10 (10 being the easiest), the new device doesn’t make any huge leaps in easy of disassembly (the iPad Air 2 received a 2 out of 10).

Some highlights of the teardown include the new four speaker system (with lots of foam behind them, greatly increasing the output volume), and the battery has adhesive tabs to aid in removal (they really liked this addition). 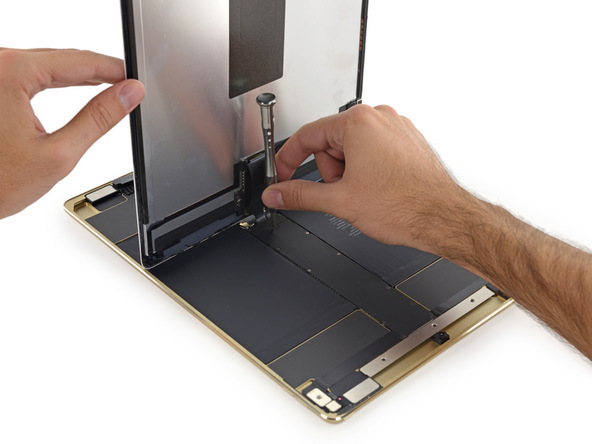 The evaluation also reveals 4GB of ram (twice as much as the iPad Air 2), and a massive 10307 mAh battery system (a 40% increase in output from the iPad Air 2).

If you’re at all interested in the iPad Pro or tinkering with electronics, be sure to head over to iFixit to see the step-by-step disassemble with detailed evaluation of each component and process. 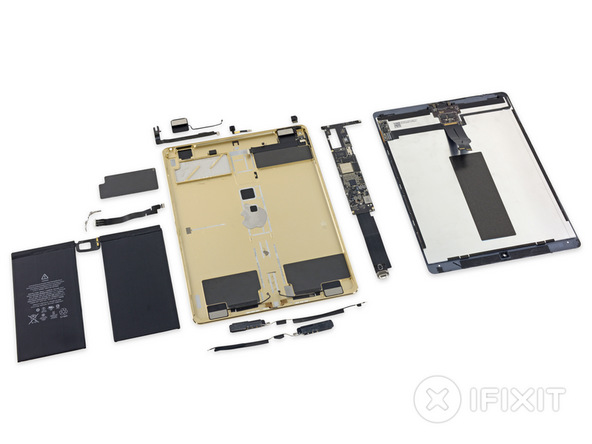